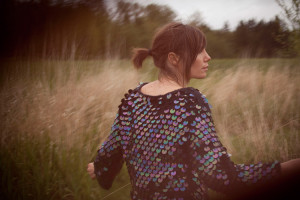 From the first organ stab in “September Fields,” I immediately thought about Al Green’s classic I’m Still in Love with You. As it turns out, my intuition was correct — Ford recorded Indian Oceans in Memphis with the Hi Rhythm Section, Green’s original rhythm section. Those guys still have it, and “September Feilds”  embodies the laid back, funk/soul vibe that helped make Green a star–the drums sit deep in the pocket, the organs add whirling textures and syncopated stabs while the guitar (RIP Teenie Hodges) fills any holes with classic soul riffs.

On “September Fields” Ford’s vocals sound stronger and more confident with less of the shaky vibrato found on Obadiah. Her tone is less vulnerable than in the past, but it’s perfect for a funky mid-tempo tune like “September Fields” that needs a little muscle.

Indian Ocean is set for release on October 14 via Nettwerk Music Group.  I can’t wait to see what else Ford and the Hi Rhythm Section have cooked up in Memphis.