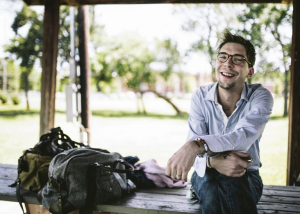 “White Gardenias” is the first single off Justin Townes Earle’s upcoming album Single Mothers. It’s his 5th LP, his first on Vagrant Records, and his first as a sober married man. As JTE explains of his newfound sobriety and clarity “One day I just realized it wasn’t cool to die young, and its even less cool to die after 30.”

“White Gardenias” is a somber tune, that according to Earle is inspired by Billie Holiday. As Earle said in a recent performance of the tune “I owe a lot to listening to Billie Holiday to kind of keep me on the back of the beat. So this song is for Lady Day where ever she is.”  Earle’s study of Holiday has paid off as Earle and the band  do indeed pull back on the beat creating a relaxed backdrop of smoky pedal steel and gently plucked guitar chords. The vibe reminded me most of Harvest era Neil Young, which is one of the highest compliments I can give.

JTE will be supporting Single Mothers  in September and October. See dates below.