Review: The Bones of J.R. Jones — Dark Was The Yearling 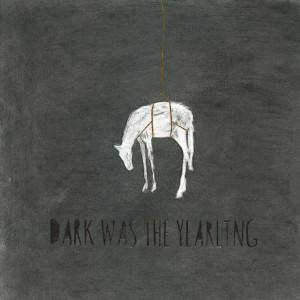 Dark Was the Yearling is the debut LP from roots revivalist The Bones of J.R. Jones, otherwise known as Jonathon Linaberry. Linaberry, a New York City native, who mostly performs as a one man band has been cultivating a dark, bluesy stomp that recalls the ghosts of past blues legends like Son House, Robert Johnson and Mississippi Fred McDowell since he released his EP The Wilderness in 2012.

Dark Was the Yearling, in many ways, continues where The Wilderness left off — the dark characters, raw production, and haunting, tweaked out blues stomps remain– but Darkness Was the Yearling also signifies a step forward for Linaberry both as a writer and producer.

Yearling’s production, while still raw, seems more deliberate, and fully realized than on The Wilderness. The grooves are tighter, counter melodies better planned and executed, and while production remains sparse, some tracks like “The Dark” include additional instrumentation, in this case strings, that add a welcomed subtlety to the tune. But don’t think Linaberry has strayed too far from his roots as the majority of the album is comprised almost entirely of Linsberry’s crudely recorded guitar or banjo, along with slightly muted crashing drums or handclaps, and a few overdubs. It’s gritty and crude, but fits both Linsberry’s songwriting and haunting vocals well. As a musician, Linaberry is talented, versatile, and well versed in fingerpicked hill country guitar and banjo styles. Most impressive though is his slide work that’s generally used to weave interesting counter melody on tunes like “Dreams to Tell,” “The Plan” and “St. James’ Bed.”

The songs on Dark Was the Yearling can be divided into two camps: the dark hill country blues stomps and folk, and with the exception of “St. James Bed,” and “Ticket Home” (a great eerie tune that falling starts with ghostly field chants) all the tunes on Yearling fall squarely into one of those two categories. Luckily, the production remains consistent between the two styles, keeping the album from sounding confused or disjointed.

The blues tunes are full of dark characters doing grim, shadowy, deeds. On “Good Friend of Mine,” Linaberry sings “Oh you know you’ve done me wrong/ And I am going to put you in your grave,” and on “Ticket home,” a song about a criminal, he sings “The Devil’s gonna chase me, cause I ain’t going quietly/ I’m gonna tire him out.” The Devil and soul selling are common themes, and at times Linaberry has a tendency to resort to blues cliches like trains, turpentine, and misbehavin‘ women who need to be straightened out. That’s not entirely a bad thing, as it pays respect to the themes of past blues masters, but it makes the songs less personal.

It’s especially apparent when compared to his folkier songs like “Racing Heart,” “The Plan” “Broken Land,” songs that deal with love, escapism, and struggling with the inevitable changes associated with getting older respectively. Lyrically, these songs show a more personal side of Linaberry and not only serve to make Yearling a more intimate, interesting listen, but they a little light to what could otherwise be a stiflingly bleak album.

Dark Was The Yearling is a strong follow up by a talented New York musician, and Linaberry’s dedication to roots music both as a writer and producer is refreshing, honest and certainly worth a few listens.