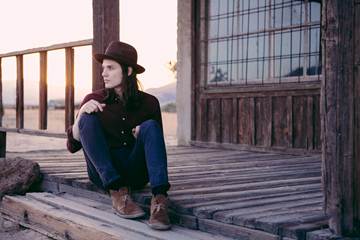 After a pretty serious drought in discovering anything new that really excited me, “Let it Go” by James Bay dropped into my inbox to restore my faith in my music discovery.

Bay is only 22, but his star is rising quickly since Republic Records discovered a Youtube video of him performing in a British pub. Bay signed with Republic, released The Dark of the Morning EP in 2013, and is now back with “Let it Go.”

For such a young artist, “Let It Go” may be an important stepping stone for Bay’s development as a songwriter as he admits that writing “Let It Go” was, “super personal and quite hard to write. It outlines the point in a relationship where you think that you should perhaps put it all to bed. We tried it again, and we tried really hard. Maybe we can just be friends and let it go. It’s really honest, and I got something off my chest.”

Often times the hardest songs to write end up being the best, and it’s great to see Bay fighting through a challenging subject, especially when the result is as good as “Let it Go.”