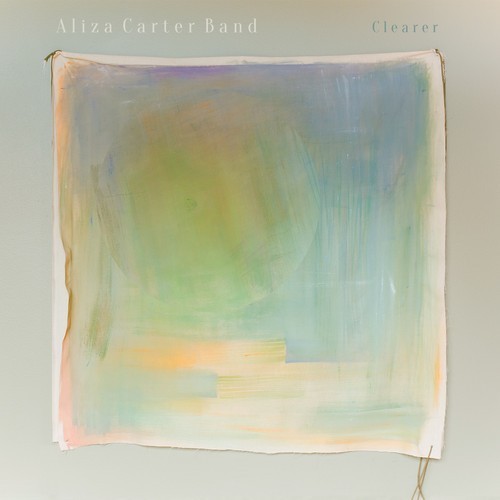 This past Saturday, I sat down with Aliza and Carter Threlkeld, of the Aliza Carter Band and they took me through the creative process behind their upcoming self-released EP Clearer.
kk
Clearer is the follow up to the band’s 2013 release Spring and shows the band making strides both as songwriters and vocalists. Gone is the stripped down, acoustic production of Spring and in its place is a full band that weaves a lush, dreamy backdrop that serves a tapestry for Aliza and Carter’s delicate, intimate vocal harmonies.
kk
Clearer is set for an April 8 release, and the band has their album release show scheduled for April 30 at the  at the Stone Fox.
kk
aa
Tell me about the band. You’re both originally from Memphis so when did you move to Nashville, and when did you start writing together?

Carter: I moved to Nashville for school, but I didn’t start writing music until the summer before I started at Belmont (2011). My dad needed a bassist for a trip he was doing and I started writing on it. Aliza had already been writing some and we decided we should just do it together. I was writing on just a bass because that’s all I knew how to play. People were gracious in saying that my music sounded good (laughs). It was very much just the bones.

Aliza: I think that’s a good place to be at the beginning because it forces you to focus on the content–when the music is only in your head you learn how to use the empty spaces.

C: We find a lot of importance in using the empty space. The next year I learned guitar and Aliza moved up to Nashville and we recorded Spring early in 2013.

A: We really started to write together once we were both in Nashville..

Describe the writing process for Clearer.

C: This is the first time it’s ever been so collaborative.

A: Before we’d bring in almost completed songs, and then make small changes. With Clearer, we wrote together for the most part.

C: We brought each other songs when they were in their early, early stages, and asked each other “where do you see this going,” and built from there.

A: That process has lead us to have different voices and stories throughout– there’s definitely a story throughout. Bringing each other songs in their early stages has helped us create that story. It’s all very personal. Sometimes people are caught off guard with us being brother and sister and writing such personal songs, but honestly I think it makes it easier.

A: There’s a sense of relief about it, because a lot of times if you’re writing your own stuff, you’re hoping the first person you show it to is going to take it the right way. But bringing it to a sibling is cool because he knows where I’m coming from. It takes a lot of pressure off the beginning stages of writing.

Who are some of your influences as songwriters?

A: We’ve been around the same music our whole lives. There are a lot of jazz undertones, and on Clearer we’ve been able to add some of those influences that we were hearing in our head before. There’s some jazz and blues from our father, and James Taylor– we love his stories.

C: Iron and Wine was big for me. I mean Our Endless Numbered Days is one of my favorites. But it’s more of what we were listening to at the time we wrote the tunes on Clearer that influenced us — Gregory Alan Isakov is someone we both really admire.

A: Billie Holiday, Miles Davis, stuff from our childhood. They’re always going to be heard in our music because that’s what we grew up on.

Take me about the recording process.

A: A friend mentioned that (producer) David Dreas was looking for someone to record…

C: …We Met with David who ended up recording, mix and mastering the EP at First Avenue Sound in Franklin, TN.

A: I feel like God put him right in front of us.

C: He was right on the same page as us as far as what we were looking for, and how we wanted to record…

A: …like we didn’t want edit every imperfection, we wanted a more live feel, and he was totally on the same page. He was just right there with us.

C: Besides Aliza and I playing guitar and singing, we had our good friends Joseph Barrios on guitar, Nick Byrd on bass, Kevin Rooney on drums, and Kenneth Coca on Cello.

The production on Spring is more stripped down than on Clearer. Tell me a little about the decision to add more sounds and textures on the new EP.

A: Clearer was an opportunity to add various layers that we couldn’t add before by ourselves. David heard  Spring and helped us to record what we were hearing in our head.

C: And our friends helped by putting their fingerprints all over the EP. They know us and our music well, so we gave them the bones of the songs, and they put their own prints on the tunes.

The cover art is so fitting for the EP’s material. What are you trying to convey with it, and who is the artist?

A: Our really good friend John Paterini is an incredible artist and he created our cover. We had all these ideas — what the songs were about, stories etc.– and he was an amazing listener and had a great grasp on what we were trying to accomplish.

At that point we were like, “Just do something.” He took a blank canvas and painted this piece. He brought it to us and we were amazed.  It’s on this certain wall in our house where we used to do house shows. Those house shows were an important part of our development and everyone who’s been to one knows that wall. There’s something fitting about the piece being on that wall– it shows our progression.

Who are you listening to right now?

C: Unknown Moral Orchestra, Mutual Benefit. I go through phases where I listen to one artist constantly, but I’m in a decompressing phase where I’m trying to figure out what I want to listen to next.

A: I’ve been in this Miles and Billy Holiday phase. I picked up a huge bag of used CDs from Grimy’s, and I’ve been listening to a lot of Miles Davis. I know every line of his, and his melodies help me want to go somewhere different and unexpected as a singer. Vocally, listening to trumpet players really helps me.

Whats next for Aliza Carter band?

A: We want to play for as many people as we can, because Clearer is something that we’re really proud of and blessed to be able to make. We just want as many people to hear it as possible.

C: We’re playing shows this summer, some short tours in the summer and fall.  It’s weird because in a some ways finishing Clearer felt like the the end , but its really just the beginning. People haven’t even heard it yet!